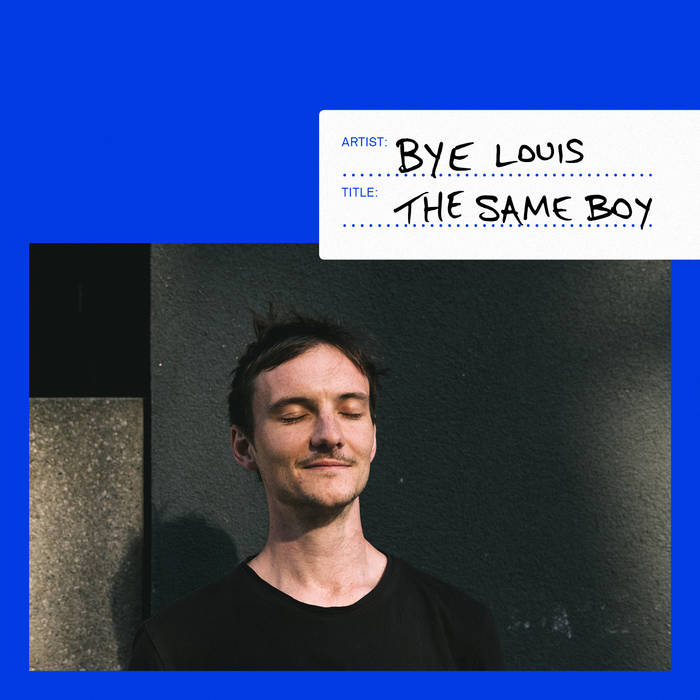 “Effectively, The Same Boy is a collection of songs that represents almost half my life” says Kieran. “The oldest song was written in about 2007, when I bought my first sampler (a Roland SP-404) and started singing over my first perfectly-recorded loop; the newest was written in January 2019, having evolved from a tune I came up with and immediately recorded in nonsense, club singer style so that I wouldn’t forget it.”

“I moved away from just using samples and synths, and thanks to Sean’s ridiculous collection of instruments and oddities, I was able to play all of the non-sampled parts myself live - there are no sequenced elements aside from the use of an arpeggiator and one or two programmed drum machine patterns. The record features, among other things, a Moog Theremin, a violin, various weird FX pedals, vocals put through tape recorders, and a balalaika.”

Utilising field recordings, accumulated over several years Kieran has imbued each track with a spatial reality, creating an organic and tangible emotional connection for each song. It is this quality which is most striking, just how every song resonates on a deep emotional level, drawing the listener in and enfolding them in their pastoral embrace.

It is within these songs that we get to explore Kieran’s life, it is through these songs that we ourselves are revealed. There are truths concealed within every track, each moment is shared with us, we gather in the detail and our own experiences are uncovered. Listening to The Same Boy is a cathartic experience, something Kieran wanted to explore and share with the listener.

If you would like a CD delivered to you personally, accepting that it might be a while(!), send an email to kierancallanan17@gmail.com with ‘THE SAME BOY DELIVERY’ in the subject line.

Emotion Wave is an experimental / electronic night in Liverpool to give local producers and afficionados a place to play, listen, collaborate and make friends.

Bandcamp Daily  your guide to the world of Bandcamp